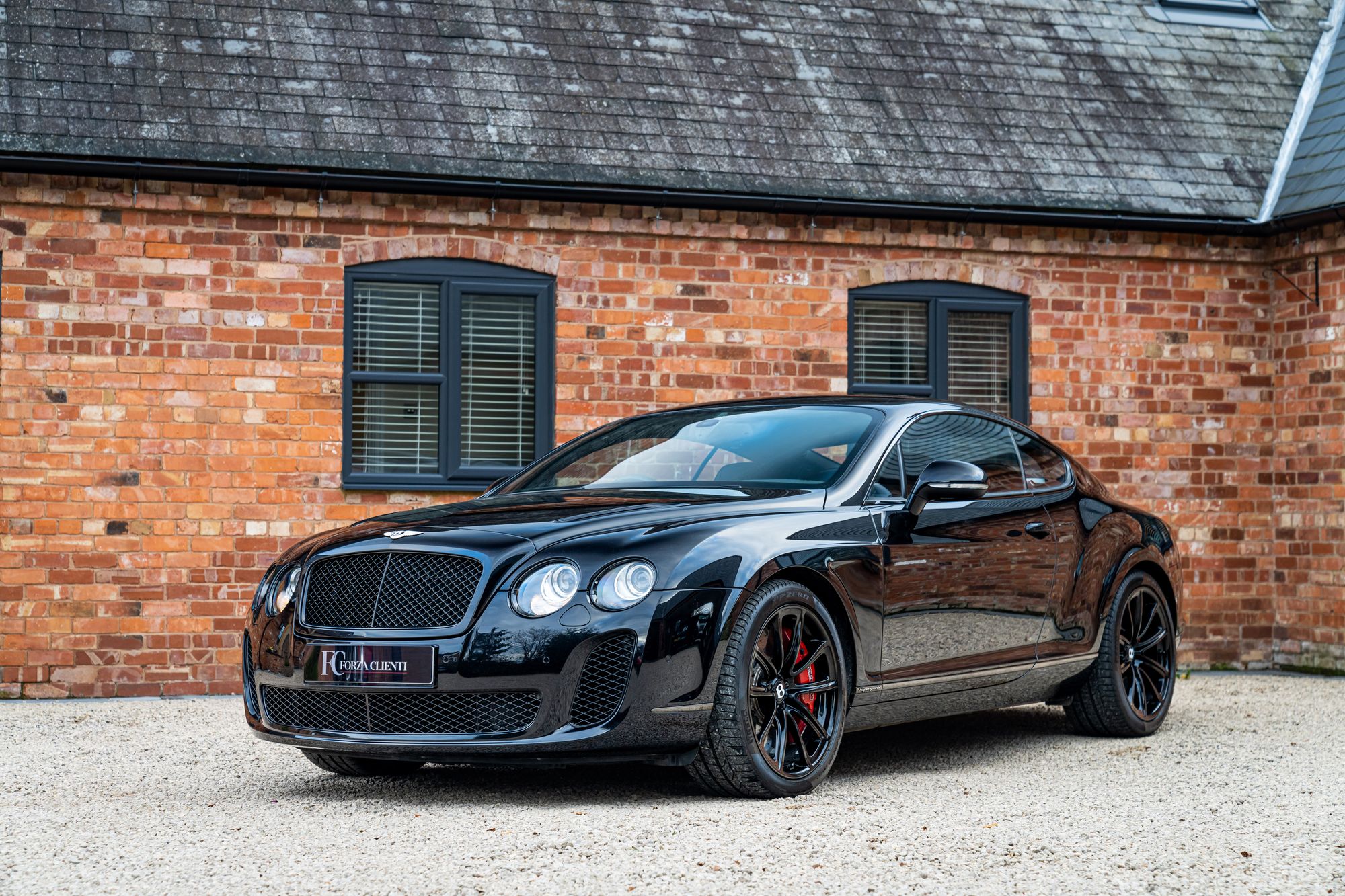 Refined, agile and stunningly quick, the Continental Supersports sits comfortably with its title of supercar. It’s not simply the raw figures that tell the whole story – although the blistering 0–60mph sprint time and top speed in excess of 200mph are useful clues to what lies beneath. To achieve such exhilarating performance Bentley first had to improve agility by reducing weight, new alloy wheels, the addition of carbon ceramic brakes and advanced aluminium suspension components saved almost 110kg over the weight of a standard Continental GT Coupé. Then to improve acceleration and response times they increased power with a revised engine management system and improved airfow management that saw output rise to 621bhp which is a 69bhp lift over the standard Continental Coupe.

The Supersports six-speed Quickshift transmission is a match for its engine, changing gear in just 200 milliseconds – 50 percent faster than the standard Continental GT – with a fick of the steering wheel mounted shift paddles.

A car capable of speeds in excess of 200mph needs brakes every bit as impressive as the engine that powers it. In the Continental Supersports that stopping power is guaranteed thanks to the largest carbon ceramic brakes ever offered on a production car at the time.

The interior of this car is a beutiful place to be as you would expect from any Bentley motor car and you are tastfully reminded of the sporting heritage of this model is by the addition of carbon fibre and alcantara throughout the cabin.

Forza Clienti are delighted to offer this stunning, low mileage 2010 example. Finished in Onyx with Beluga Hide and gloss Black lightweight alloys this is the perfect colour comination for Bentleys sporting GT.

This car has just undergone a service by H.R Owen Bentley Berkshire as well as a fresh 12 month MOT.

Part of an established collection and stored in a temperature controlled garage since the current keeper took delivery from H.R Owen in April 2016.