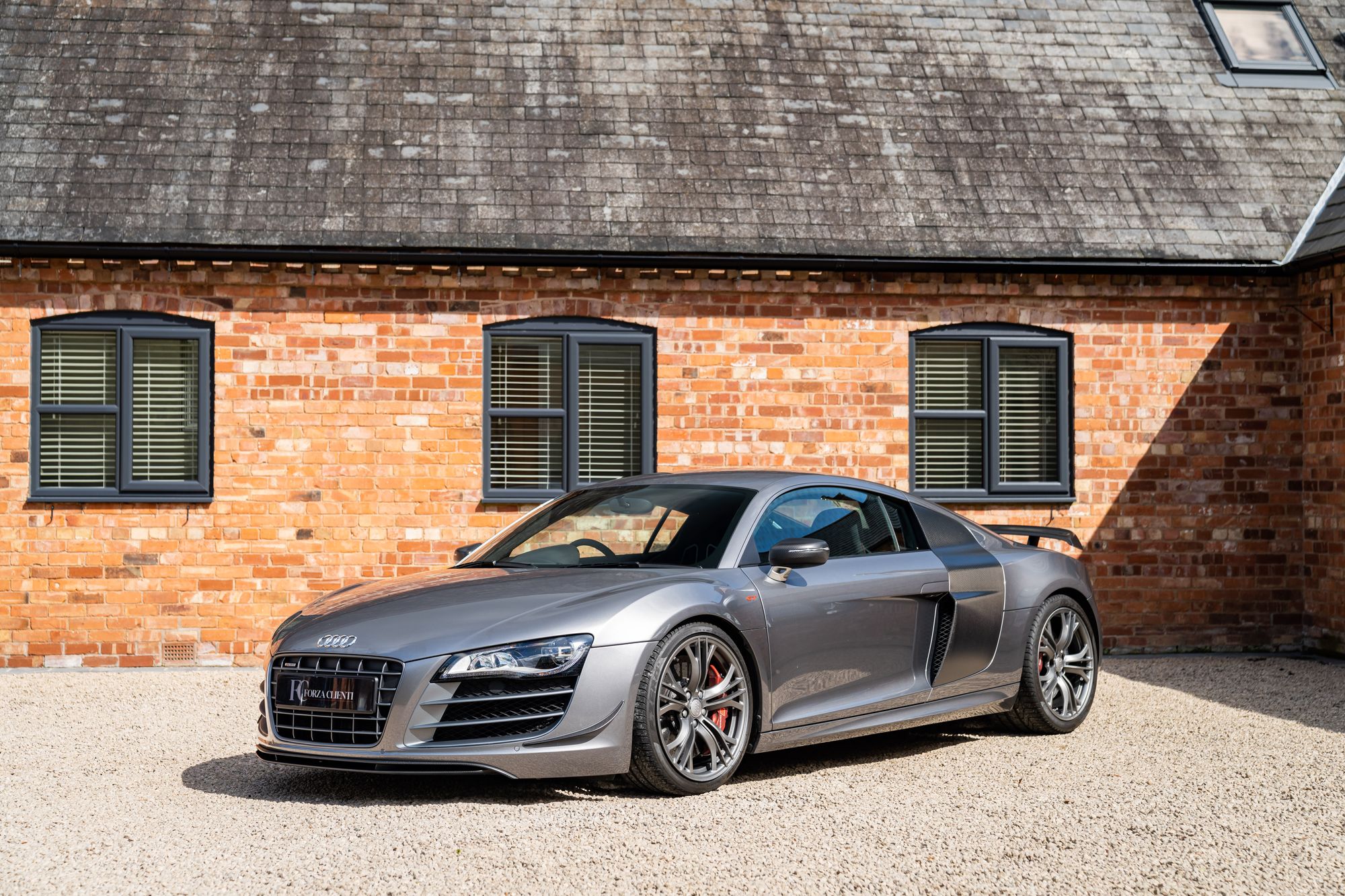 Audi have a history synonymous with motorsport. In the eighties they dominated Group-A rallying, in the nineties they had huge success in DTM and they started the era of a new millennium with three consecutive victories from 2000-2002 at the “Le Mans 24 hours”, a race widely regarded as the holy grail of motorsport.

During these periods Audi released sportier versions into the top end of their road going model line-up as a nod to the success they were enjoying in motorsport. The RS4 and RS6 were most notably well received and have since become somewhat iconic, but in 2006 Audi took a bold step to show the world that they could also build a Supercar and thus, the R8 was conceived.

The R8 is a two seat mid-engine supercar positioned as Audi’s flagship model (a title it still holds today). It was launched with two engines the 4.2 litre FSI V8 and the 5.2 FSI V10 and uses Audi’s legendary Quattro four-wheel drive system which has been honed through decades of motorsport. It’s cutting-edge design and performance to match gained great acclaim in the motoring press and proved the car earned its place in the supercar arena along with the likes of Porsche, Aston Martin and McLaren.

But can you make the best even better?

Audi AG’s private subsidiary company ‘Audi Sport GmbH’ answered that question in 2011 by developing a very special model in house which would be produced in limited numbers and named the “GT”. The brief in short was simple “more power, less weight”.

With that being said, the GT has shed 100kg from the standard V10 and produces a brutal 552bhp which is a 34bhp uplift over the standard car, but there is so much more...

The car has a lower ride height and stiffer springs which improve on its already superb handling. It has an abundance of carbon fibre and Alcantara which makes the car feel like the more track focused version it is and also enhances the feel of the cabin, particularly when specified with the optional £10,000 Alcantara trimmed bucket seats.

There are also some lovely details that allude to what a special car you are sitting in: the GT logo is beautifully embroidered into the headrests and floor mats, the steering wheel is trimmed in Alcantara with red stitch and embossed with the “GT” logo, there are sporty red seat belts… but it’s the gear shift cap that reminds you that this is in fact 1 of only 333 cars made for the world!

There were 33 cars destined for each region however only 18 arrived in the UK and Forza Clienti are delighted to offer this immaculate example which is number 7 of the 18 and is the only GT in the UK finished in Audi Exclusive Graphite Grey Metallic. This car has had just two owners from new and covered a mere 8,988 miles. It is exceptionally presented, and the specification sets it apart with essentially every option on the list being ticked.

This GT has had a Titanium Exhaust and induction kit fitted to aid its breathing as well as being de-restricted and new fuel pumps fitted increasing its overall power to 588bhp. It has a full Audi main dealer service history with the last service being carried out on 29th March 2022. The car will be supplied with MOT until March 2023 and the original exhaust system if required.

Due to the cars rarity it stacks up very well on finance options so please do ask for details.

This is an opportunity to own an immaculate example of a very rare and unique car.