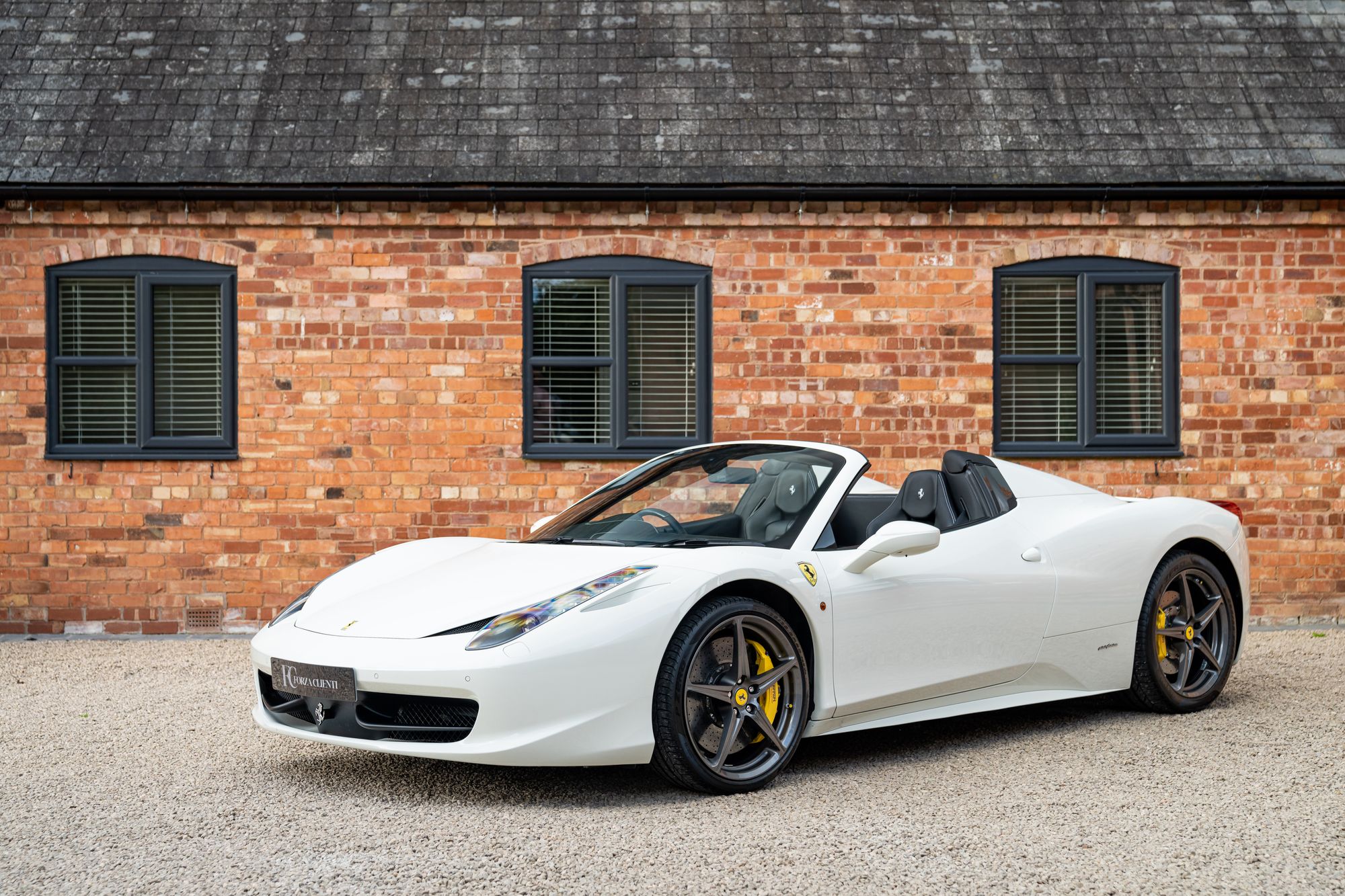 The Ferrari 458 is still widely regarded as one of, if not the best modern Ferrari to leave the Maranello gates in recent years. It was the last model in the 50-year V8 bloodline to be naturally aspirated and because of this it has a purity that models since can’t quite replicate. Arguably the newer turbo charged models are more efficient and have a marginal edge in performance, but they just don’t have the soul and drama of the 458.

It was also the last V8 series car to be styled by Pininfarina and its design has unquestionably stood the test of time and holds its weight against any supercar of today.

On its release in 2009, Ferrari stole the show at Frankfurt when it was unveiled as the successor to the F430 arising from an entirely new design and using technologies honed in their formula one team. It is said that Michael Schumacher played a large part in the development of this car and in particular the design of the interior which he wanted to be completely driver focused, a design language that has made its way through all models right up to the current 296 GTS.

It was received with critical acclaim and motoring journalists across the board praised the 458 in every aspect, Autocar claimed “The Ferrari 458 has set a new standard by which supercars are now judged” alongside a five star review.

All this being said, Forza Clienti are delighted to offer this exceptionally presented 458 Spider finished in Bianco Avus with contrasting Nero interior. This car has had just two owners and covered a mere 6,529 miles since registered new in 2015. It has full Ferrari main dealer service history being serviced every year and most recently in June 2022 alongside a fresh 12 month MOT and two new rear tyres.

This example benefits from full body G-Technik ceramic coating including wheels and brake callipers and is complete with all books, car cover and battery conditioner.

Registered in 2015 this is one of the last 458’s to be produced and presents an opportunity to own an iconic model which have been appreciating in value over the last few years.