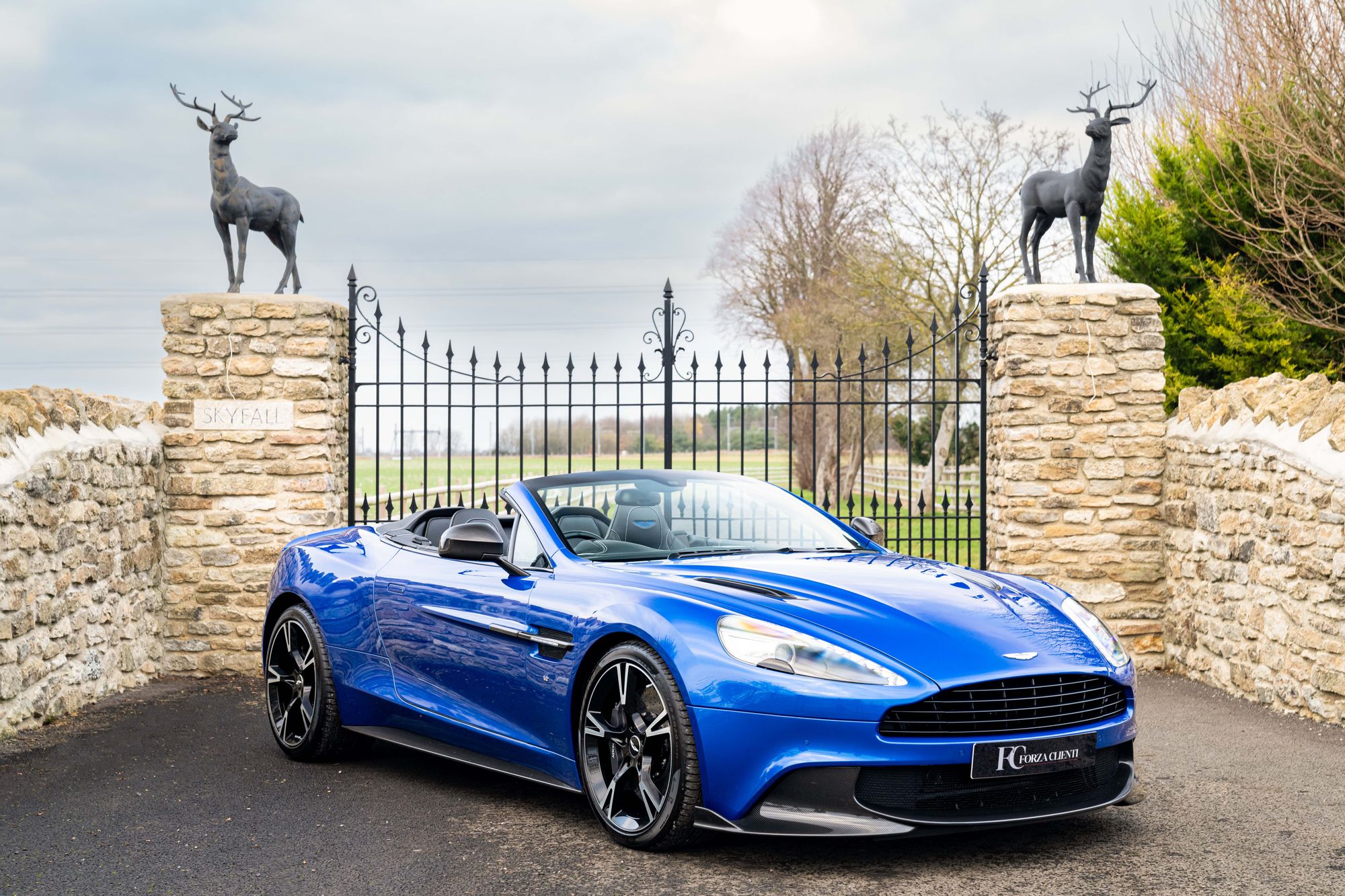 In 2016 Aston Martin re-imagined its Super GT to create Vanquish S, with sharper styling, greater potency and increased athleticism compared to the original.

Central to Vanqiush S is the naturally-aspirated 6.0 litre V12 engine, which now produces 595bhp and enjoyed sensational throttle response, thanks to a revised, freer-breathing intake system. These larger volume inlet manifolds allowed a greater volume of air to flow into the engine at high revs, creating a relentless power delivery and a stronger feel all the way to the redline.

1 of only 104 Volante S models to be supplied in the UK, we are very fortunate to offer this immaculate example which is presented completely as new. With one owner from new and covering just over 300 miles this car looks just as it did the day it was collected from the showroom and has just undergone a full service at H.R Owen Aston Martin Reading as well as a fresh 12 Month MOT.

Part of an established collection and stored in a temperature controlled garage since the owner took delivery of the car brand new from H.R Owen Aston Martin Reading in December 2017.