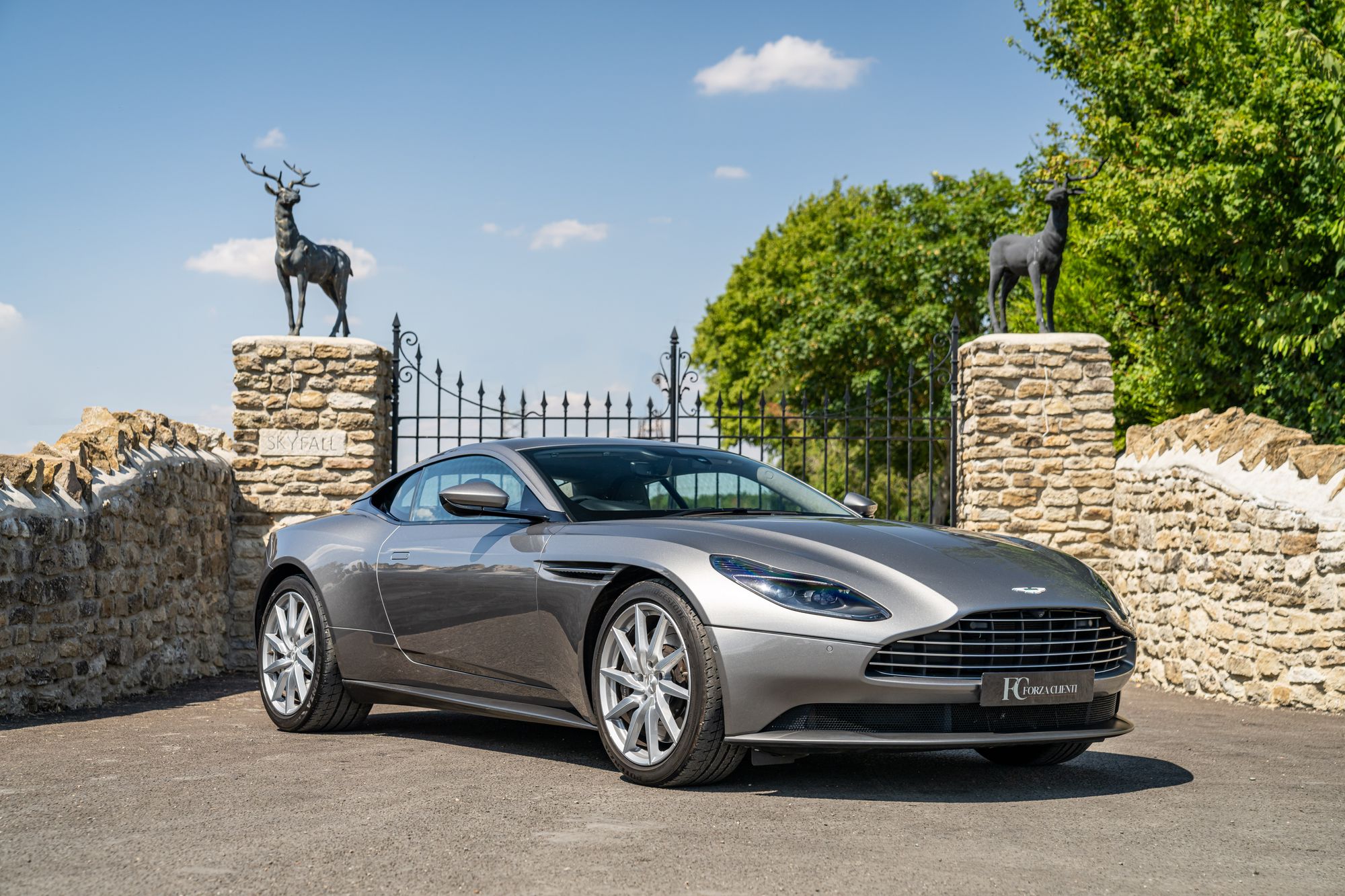 DB: Two letters that have been worn on some of the most beautiful and iconic automotive designs for seven decades. They define the values of Aston Martin and are an expression of sophistication and class which is seen in the design language of all the models they have adorned over generations.

The initials of David Brown who took ownership of Aston Martin in the 1940’s and used to designate the first model produced during his tenure, a sports grand tourer that was developed into a race prototype that ran and won the Le Mans 24 hours in 1948.

This blend of sophisticated design, racing pedigree and British build proved to be the perfect recipe for MI6 who entrusted their DB5 in the hands of Sean Connery in the 1964 film “Goldfinger” a partnership between the Bond franchise and Aston Martin that would change the brands forever.

Forza Clienti are thrilled to offer this stunning 2018 DB11 V8 finished in Tungsten Silver Special Q paint with contrast Obsidian Black Leather. This is a car that was specified with Bond in mind, with 20” 10 spoke alloys finished in Silver, Bright Exterior finisher pack, Satin Silver Jewellery Pack and not an ounce of carbon fibre in sight - this car is truly for the Gentleman driver.

Presented exceptionally with full Aston Martin Service history and benefits from one remaining service next year covered under the DB11 service plan.